Getting Coiffed in France

Home/Getting Coiffed in France
Previous Next

Getting Coiffed in France

It’s not everyday you get invited to a wedding at a Chateau in France. And when such a momentous occasion occurs, you do what you can to make it happen. Thanks to a team of amazing relatives, we were able to sneak away for a week this October. All was scrumptious and fabulous, except for… my hair. It seems with any increase in humidity I become the human frizz-bomb. 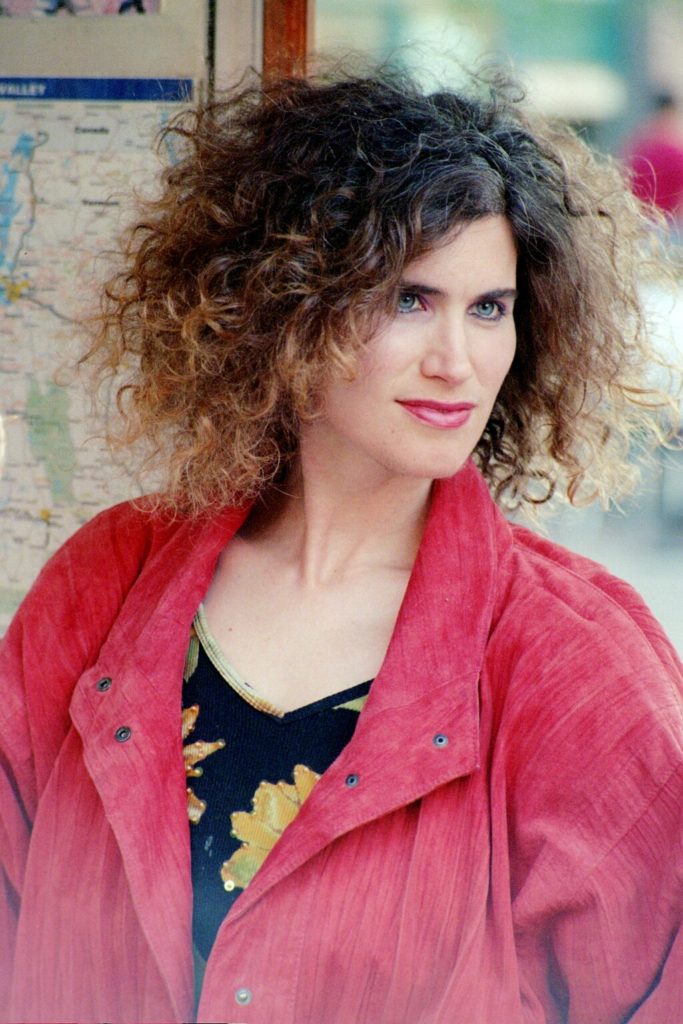 Now with a round brush and flat iron, this normally isn’t such a big deal. But when you don’t read the instructions on your electrical adapter and blow up your hair straightener, limp locks are indeed an issue.

And, by the way, voltage is apparently something you do need to pay attention to. No fear, I heard the pop, smelt the smoke and unplugged that baby before anything caught on fire. 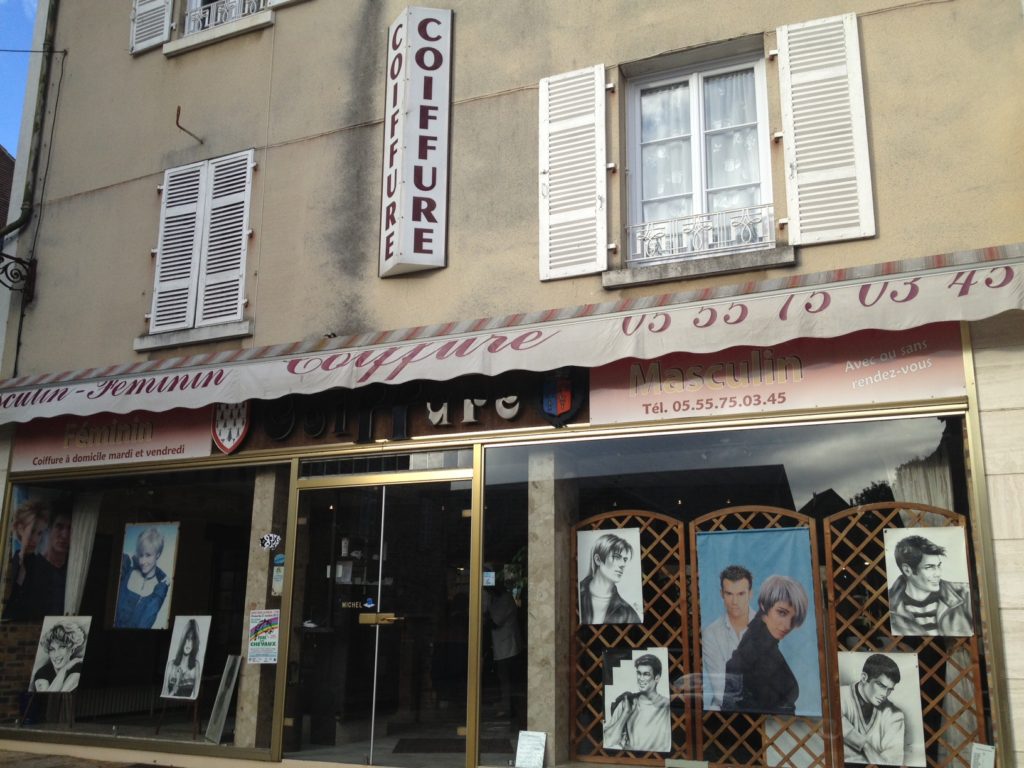 This is where it all went down.

Fortunately, just down the block from our French maison, was the local Salon de Coiffure. Unfortunately, my French hasn’t made it past Grade 12. The last time I embarked upon a beauty treatment in France, I was hosed down like an inmate, but that’s another story. Considering my only alternative was to blow dry myself without a round brush, I decided to go for it. 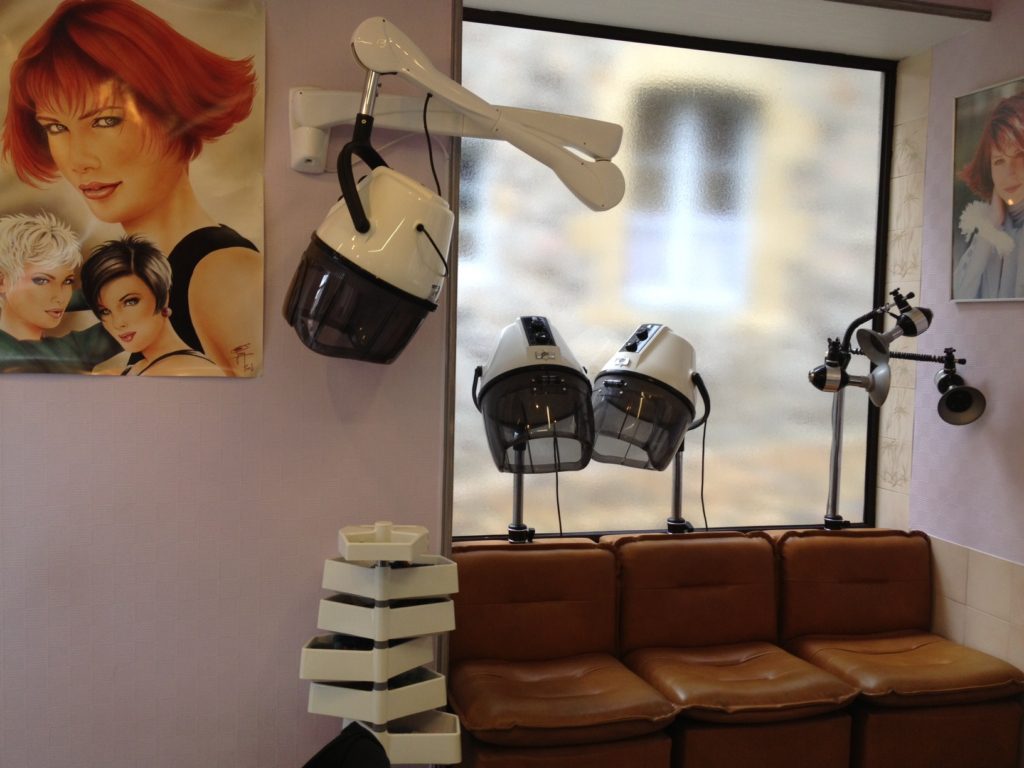 I so wanted to walk away with one of those posters.

Stepping into Le Coiffure was like stepping back into the 80‘s, but without all the great music. Done up in mauve and decked out with track lighting and several posters of L’Oreal supermodels taped to the walls, I became quite nervous when I spied a caddy full of well used perm curlers. It would be just my luck to go to France and return with a spiral perm! 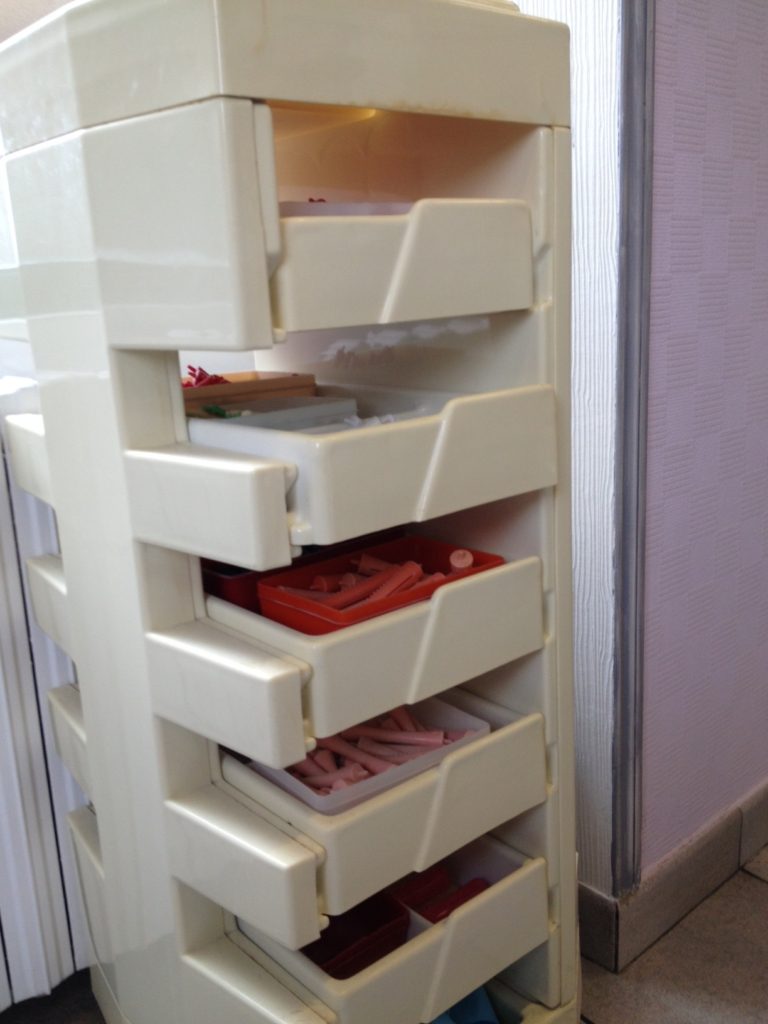 Never have I seen so many perm rollers.

The next shocker was the treatment. There were two rounds of shampooing, no conditioner applied and in fact, no hair product was used whatsoever. My stylist began blow drying with a round brush and kept asking me if I wanted it, “lisse?”

Sadly my dictionary didn’t have a translation for frizz-bomb, so I thought lisse sounded pretty good. Then she uttered the one word we could both understand: Volume. Hell, yes! Trop de volume s’il vous plait!

But one must always be careful what one wishes for. Suddenly a canister of hairspray larger than my arm appeared and I was lacquered so well, you could bounce quarters off my head. Then I walked out into the rain. And guess who I ran into? My friend frizz!

Here’s the finished product. A bit flyaway, no? 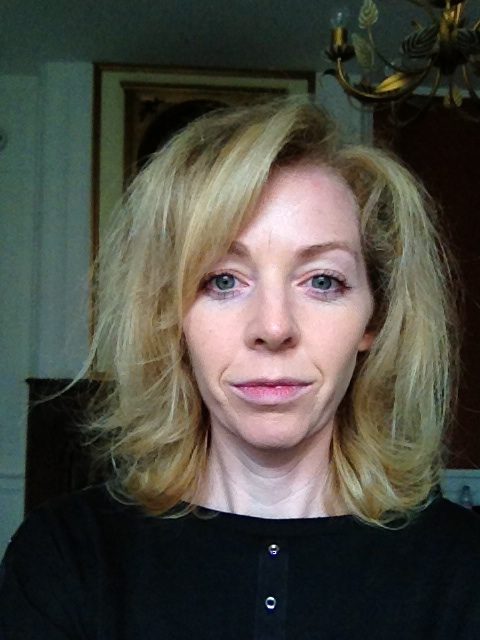 Deer in headlights, no?

What do you think? Did I waste my 17 Euros? Have you ever had a beauty treatment in another country? How did it turn out?

p.s. The next time I’m in France I definitely want to schedule a few days out in north Dordogne.