Stuck at the Airport

Home/Stuck at the Airport
Previous Next

Stuck at the Airport 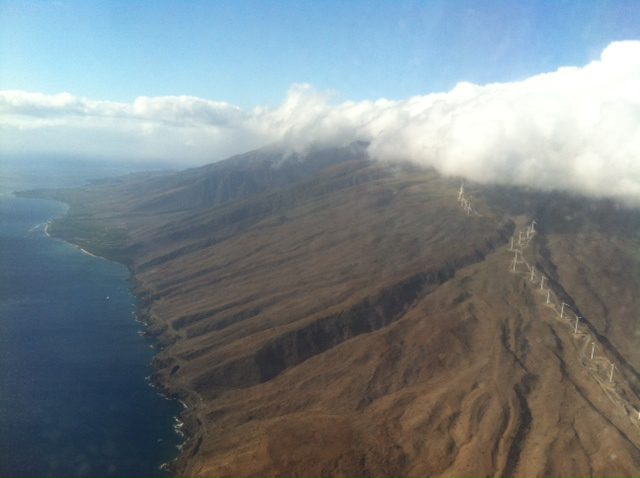 We just made it back from Hawaii. The trip was great (I’ll post more about it later), but the journey home wore us all out. I slept till noon yesterday and my girl got 14 hours last night!

Issues with a long layover

The issue was waiting for five hours in between our flight from Kauai to the connecting one (in Maui) back to Calgary. No biggie, we thought. We’ll just check our bags, and take off to a beach somewhere. If only it were that simple!

Problem #1: Our flights didn’t connect so we had to pick up our bags in Maui and recheck them for the flight home.

Problem #2: There is absolutely no place to store luggage in Maui’s Kahului Airport.

Problem #3: Air Canada only opens their check in counter two to three hours before the flight.

Problem #4: The local buses won’t take you if your toting as much big ass luggage as we were. 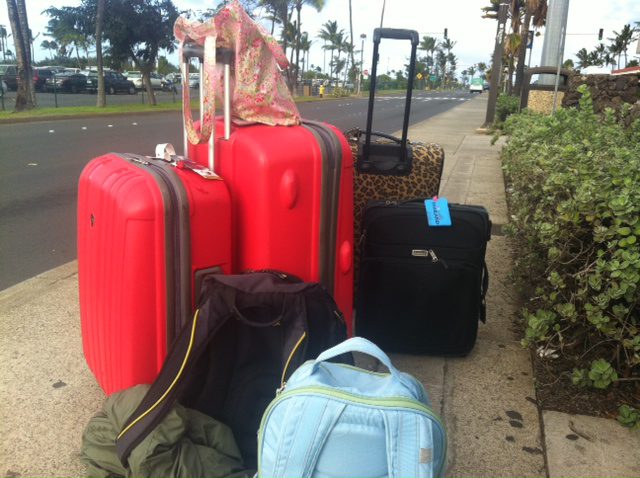 What to do during a long layover

Stuck with only a Starbucks to sustain us, there was nothing for us to do but play our favourite airport game of hotel shuttle roulette. Now this is an awesome game if say, you’re stuck for a few hours in Asia. San Francisco also ranks up there. The game is pretty self explanatory. You just grab the first shuttle that shows up, board it and pretend you’re staying at that hotel. Check your bags with the porter, tip him well, then mosey to their bar or restaurant. Bonus points are awarded if you’re cocky enough to bring your swimsuit and sneak a dip in their pool. Getting a last minute spa appointment is also a good use of time.

But here’s the thing we quickly learned: everyone rents a car in Maui. We saw one shuttle go by. One. So I waited curbside while Dan strummed the ukulele and Eve played on the iPad. 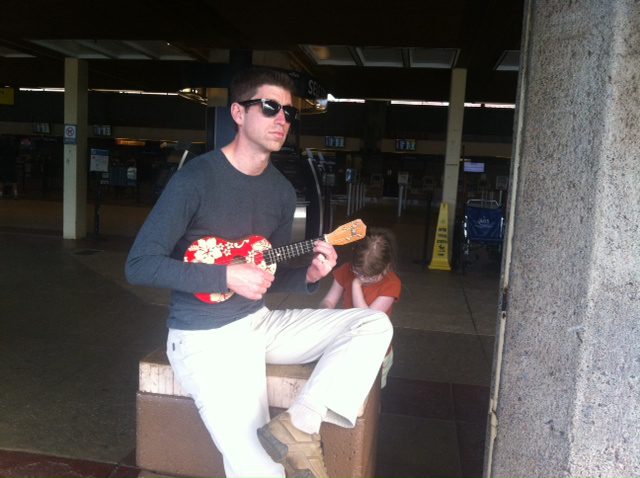 Half an hour later, I’m still waiting. I get lightly sprinkled by a sun shower, but not enough to call it quits. It was kind of fun being out there. I saw a cop on a Segway (I guess he hadn’t seen Mall Cop), and lots of domestics (nothing brings out the Alpha Male quite like being in control of luggage).

Then the weather turned nasty and I admit defeat. 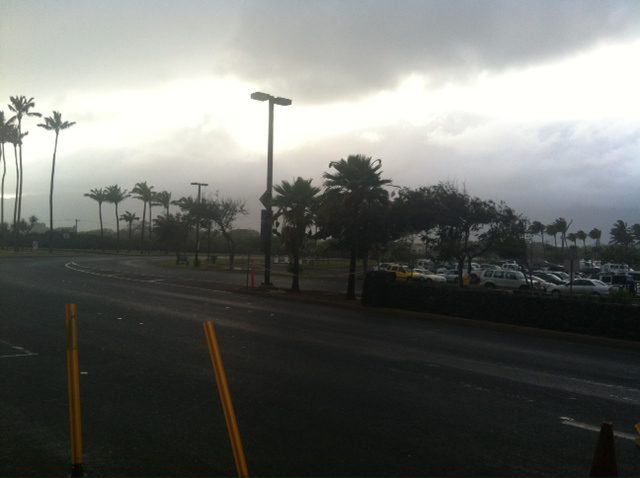 This is how I recovered: 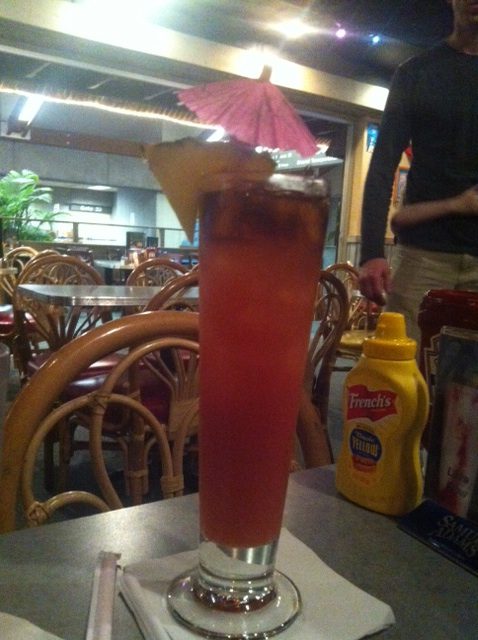 How do you deal with long waits at the airport?